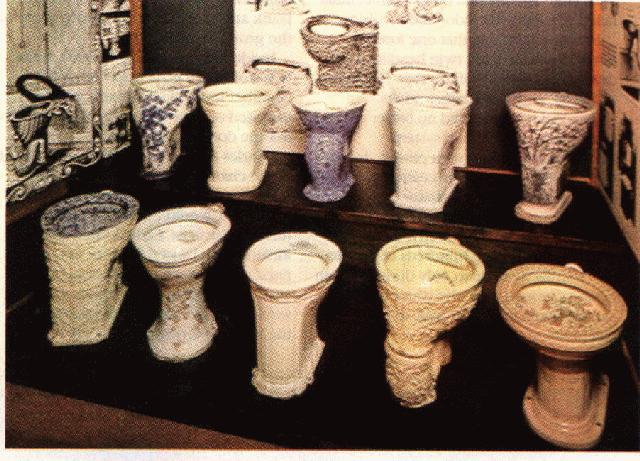 Plumbing comes from the Latin word for lead, which is ‘plumbum’. Plumbing by definition is a utility that we use in our buildings consisting of: the pipes and fixtures for the distribution of water or gas, and for the disposal of sewage. The word sewer comes from the French word ‘essouier’, meaning “to drain”.

The modern drinking fountain was invented and then manufactured in the early 1900s by two men and the respective company each man founded: Halsey Willard Taylor and the Halsey Taylor Company; and Luther Haws and the Haws Sanitary Drinking Faucet Co. These two companies changed how water was served in public places. 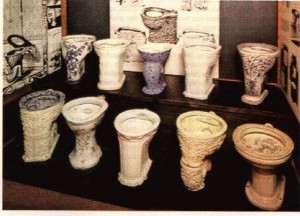 Luther Haws was a part-time plumber, sheet metal contractor and the sanitary inspector for the city of Berkeley, Calif. While inspecting a public school, Haws saw children drinking water out of a common tin cup that was tied to the faucet. Haws also feared that there was a health hazard in the way the public was sharing their water supply.

A toilet is a plumbing fixture used for defecation and urination. Modern toilets consist of a bowl fitted with a hinged seat and are connected to a waste pipe where waste is flushed. Toilets are also called: privy, latrine, water closet, or lavatory. Contrary to urban legend Sir Thomas Crapper did not invent the toilet.

The first packaged toilet paper was the 1857 invention of American, Joseph Gayetty and called Gayetty’s Medicated Paper. In 1880, the British Perforated Paper Company created a paper product to be used for wiping after using the toilet that came in boxes of small pre-cut squares. In 1879, the Scott Paper Company began selling the first toilet paper on a roll, however, toilet paper in roll form did not become common until 1907. In 1942, St. Andrew’s Paper Mill in Great Britain introduced the first two-ply toilet paper.

In the 1930’s, the Addis Brush Company created the first artificial Christmas brush trees, using the same machinery which made their toilet brushes! In general, the type of material used to make a brush and its design was dictated by the intended use. The hair of animals such as horses, oxen, squirrels and badgers was used in household and toilet-brushes. Various types of plant fibers have been used, such as the piassava obtained from a Brazilian palm and palmyra bassine derived from the palmyra palm of Africa and Sri Lanka. Brush bristles were joined to handles and backs of wood, plastic or metal. Many household and toilet-brushes were produced by inserting tufts of fibers into holes drilled in brush backs.

One of the earliest and most elaborate of showers was the English Regency Shower developed around 1810.

Want to Make Your Bathroom “Green?”

10 Things People Do that Ruin Their Plumbing
Scroll to top